The latest IKO data have highlighted some trends in the kiwifruit production from the Northern hemisphere. While Italy is recovering – but still below its potential – other players are increasingly active. Especially Spain, which appears to be the largest kiwifruit importer in Europe. Also, Greece is investing in kiwifruit instead of citrus and stone fruits. The Greek land offers 9.200 hectares which could result in a final volume of 220.000 tons.

A roundtable took place during the 2018 edition of the Agro Kiwi Expo. The main objective was to assess whether these scenarios could be opportunities or threats to the Italian kiwi sector. The organizer Vittorio Sambucci stated, “This annual event is not only an exhibition but also an opportunity for operators and insiders to discuss and share ideas”

The talk was hosted by Rossella Gigli (FreshPlaza.it). The participants were: Alessandro Perugini from the Perugini Frutta company, the researcher Gianni Tacconi from CREA-GPG Research Centre for the Plant Genomics, the nursery farmers Francesco Maule (Exoticplant) and Andrea Righi (Vivai Righi), and finally the AgricolliBio purchasing manager Alessia Tomasello.

According to Tomasello, Spain has demonstrated a great ability to trade and to create new market outlets, “The Spanish language is a major plus for Spain’s trade. Additionally, this country is very close to the principal Northern Europe kiwifruit market outlets. The fact that Spain imports a lot of kiwifruits indicates its necessity to re-export the product to commercial destinations acquired over time.

According to Perugini, the Spanish market prefers largest sized fruits. Since the ideal climatic conditions for this crop cannot be found everywhere, the Spanish kiwi production areas are located along the Portugal borders.

According to the nursery farmer, Maule, Spain is ahead of Italy in terms of research, “For instance, Spain has almost completed its experiments to reduce the presence of the Mediterranean fruit fly – through the launch of sterile male Ceratitis Capitata specimens.

According to Righi, Spain is heavily investing to create a kiwifruit market. Crops are being expanded and new trade agreements are being signed.

Gianni Tacconi points out that Spain is very active regarding research – thus allowing this country to participate in European projects. Italy runs the risk of being excluded, due to the limited availability of national allocations.

In the future, Spain could take away from Italy one of its most important market outlets: that is, France. Spain could exploit its geographical proximity to snatch market shares from the Italian kiwi. As the AgricolliBio manager noted, Spain has a great ability ‘to close the supply chain’ by adopting technological or packaging tools that meet the market needs. For instance, Alessia gave the example of her difficulties in finding eco-sustainable packaging for the organic sector. This problem was solved thanks to Spanish middlemen.

Despite the fact that Spain is becoming an important player within the kiwi sector, Greece is the real competitor for Italy. Since the export to the Russian market was interrupted, Greece started taking over market shares traditionally held by Italy.

Italy itself has been buying Greek kiwis recently, as a result of the actinidia bacteria crisis. Greece can also benefit from lower operational costs than the Italian’s. Additionally, the nursery farmer Righi pointed out that Greece has made a lot of investments into improving the post-harvesting technologies – other than having way less phytosanitary pressures.

Indeed, one of the most pressing issues discussed during the conference was the so-called ‘kiwi blight’. This problem has already affected almost 1.500 hectares of kiwifruit in Northern Italy – and it’s also started spreading to other Italian regions. Gianni Tacconi stated that the research is still going nowhere. They are trying to identify the elements that contributed to the collapse of the kiwifruit plants. Also, Tacconi explained the research conducted thus far, “No obvious correlation between pathogens and deaths has been found, at the moment. Currently, we have not a proper plan to tackle this problem. We only have some rough ideas.”

During the roundtable discussion, a solution was proposed: that is, measuring the kiwi plants actual need for water with underground probes, because the first lethal symptoms can be mistakenly interpreted as a water shortage for the plant. 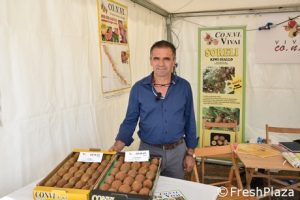 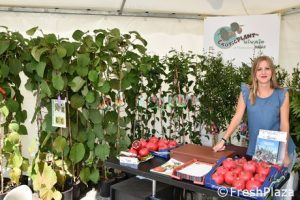 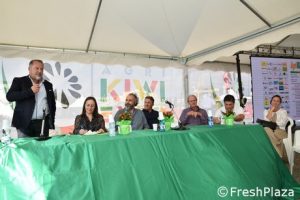 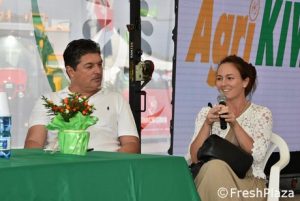 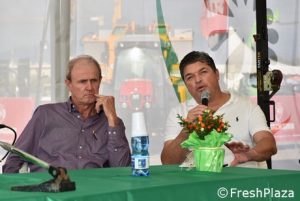 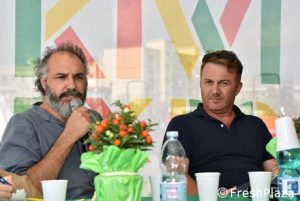 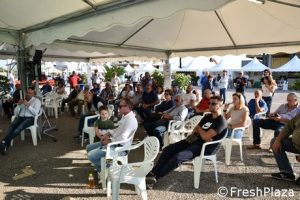 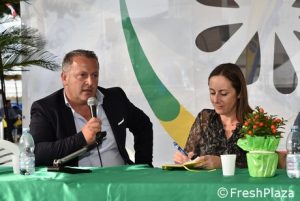 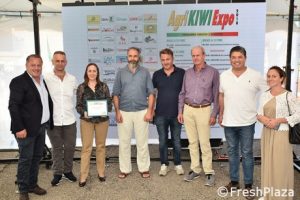 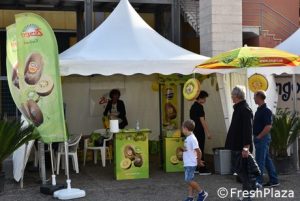 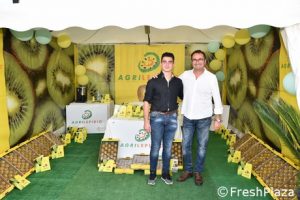 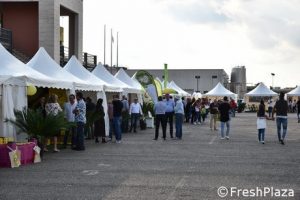